CALL TO ARTISTS- 46TH ST. MURAL PROJECT:
A mural to bridge the Fremont and Wallingford communities in Seattle, to bring a positive visual message to pedestrians, bicyclists and motorists traveling under Highway 99 (Aurora Ave.) at N. 46th St. Our goal is to oversee the creation of a mural as a positive expression of our community and to bring people together from the local neighborhoods in the process. The selected artist(s) will coordinate execution of their design with Urban Artworks (http://www.urbanartworks.org/) who will serve as project manager. Urban Artworks will execute the actual painting of the mural. We are looking solely for a design from the artist.

ELIGIBILITY:
Professional artists with previous experience creating outdoor murals are preferable, but all may apply. Artist will be required to be present at the community meeting (early in the process) and dedication (at the completion of the mural) unless distance is prohibitive. If this occurs, an alternative plan will be discussed with the 46th Street Mural Project Steering Committee. The artist must be available for consultation pertaining to the execution of their design throughout the process.

3) Based upon community and Steering Committee input, the three finalist artists will each submit a design for review and vote by the community via website. An award of $300 will go to each finalist upon submission of their proposed design.

4) The Steering Committee will chose the final design, which will then go to Artworks for mockup, then to the city for design approval, and final review by Steering Committee before acceptance. When all of these criteria are met, the artist will be awarded the honorarium of $2000, in addition to the previously awarded $300 for submitting a design as a finalist. 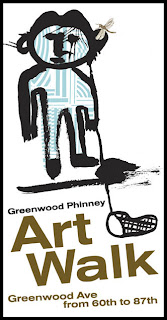 The Event:
The 15th annual Greenwood-Phinney ArtWalk will be held Friday evening, May 14th, from 6 to 9 pm and Saturday, May 15th, from noon to 5 pm. Selected artists are paired with participating businesses between 60th & 87th on Greenwood and Phinney Avenues. A number of artists will be designated Jurors Picks and will be featured in a group show at the Phinney Center Gallery, 6532 Phinney Ave N.

The Annual Art Walk is a festive neighborhood event. Advertised throughout the city, it draws thousands of people. Many businesses host music and other entertainment Friday night.
Participating artists are asked to attend their exhibition Friday night to answer questions and celebrate!

How to Apply:
The ArtWalk is open to all 2D and 3D visual artists: painters, sculptors, photographers, printmakers, glass artists, metal artists, fiber artists, ceramicists and those working in mixed media. Crafts are not accepted. Please follow submission instructions.

Deadline:
Submissions must be delivered to or postmarked by March 5th, 2010 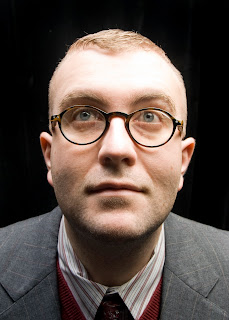 SEATTLE – December 30, 2009 – Three months after the fire that caused severe damage to its Greenwood playhouse, Taproot Theatre is thrilled to reopen the theatre with the regional premiere of The Great Divorce, the first show in its 2010 Season. The theatrical adaptation of C.S. Lewis’ fantastical novel opens on January 29, a night full of celebration and new beginnings. The Great Divorce, adapted by George Drance and the Magis Theatre Company (NY) and directed by Scott Nolte, runs through February 27.
“Opening our 34th season would be exciting enough, but this one is extra special,” Nolte said. “After everything that’s happened, everything we’ve been through, these past months, I’m thrilled to be marking this new period in Taproot Theatre’s history with a premiere of C.S. Lewis’ fictional masterpiece.”
In The Great Divorce, one drizzly afternoon our author embarks on a supernatural voyage with a cast of eccentric, humorous characters that bear a remarkable resemblance to us. Theatrical, imaginative and thought provoking, it’s a bus ride through hell to heaven that, in the grand C.S. Lewis tradition, leaves you breathless and wanting more.
“I saw the world premiere of this play Off-Broadway in 2007, and was spellbound at how well the story—so full of imagination and a world beyond our own—translated to the stage,” said Nolte. “We often speak about creating productions that are theatrical and imaginative, and this one will demand the best of our actors and designers to tell this story.”
In this production, ten actors portray 25 characters, including C.S. Lewis himself and author George MacDonald, who is Lewis’ guide through the story.
“When the original co-founders of Taproot Theatre were just getting started, we often staged productions—including Lewis’ The Lion, the Witch and the Wardrobe—with little more than boxes and chairs—and the audiences' imaginations!” Nolte said. “The artists' ability to capture that imagination is where the magic of theatre is, and I'm excited to be directing such a unique play as The Great Divorce this winter.”
The Great Divorce features David Dorrian as C.S. Lewis and Nolan Palmer as George MacDonald, along with Ryan Childers, Jenny Cross, Nathan Jeffrey, Kim Morris, Pam Nolte, Faith Russell, Candace Vance and Sam Vance. The production team includes scenic and sound designer Mark Lund, costume designer Sarah Burch Gordon and lighting designer Jody Briggs. Anne Hitt serves as stage manager, Kate Forster as dialect coach and Judy Naegeli as dramaturg.
After The Great Divorce, Taproot Theatre’s 2010 Season continues with the regional premiere of Brooklyn Boy by Pulitzer Prize-winning playwright Donald Margulies (March 17-April 17), Brandon Thomas’s Charley’s Aunt (May 12-June 12), Man of La Mancha (a musical play by Dale Wasserman with music by Mitch Leigh and lyrics by Joe Darion; original production staged by Albert Marre; originally produced by Albert W. Selden and Hal James; July 7-August 7), and the regional premiere of Wedding Belles by Alan Bailey and Ronnie Claire Edwards (September 22-October 23).
Posted by Art Up Greenwood-Phinney at 5:21 PM

Happy New Year everyone! We're all looking forward to seeing you out and about the neighborhood this Friday.

Print the map out HERE!

Art on the Ridge at SPACE a DesignCollective:
7601 Greenwood Ave N (enter off 76th)
Fine art and local live music. Watch artists at work. Bring a poem to read during open mic at 7:30pm. This month we will also show the work of two very talented students who take art lessons from our featured artist Cameron Kim. You won't believe what this eight and nine year old can do! Artists present. 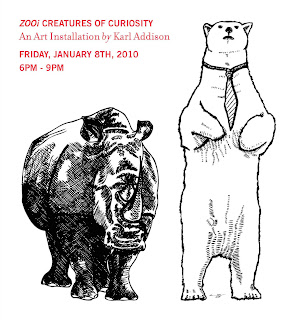 Assemble Gallery & Studio: 7406 Greenwood Ave N
“ZOO¡ Creatures of Curiosity” an art installation by Karl Addison. Over the years, Karl Addison's work has taken on an imaginative side of the animal kingdom: creating creatures of strange breeds, oddities, and miss matching. will be an exhibit of strange, life-size animals in all of their natural detail and splendor. This collection of creatures has been researched and illustrated over the past three years. It is a peek into life's "what if." Artist present. 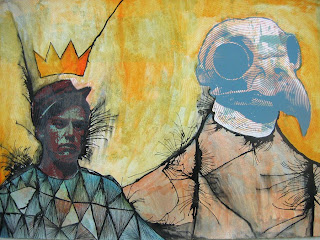 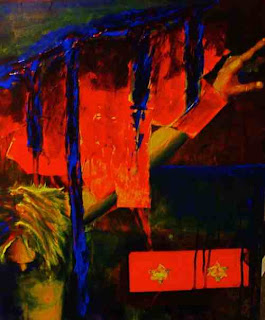 Posted by Art Up Greenwood-Phinney at 3:59 PM