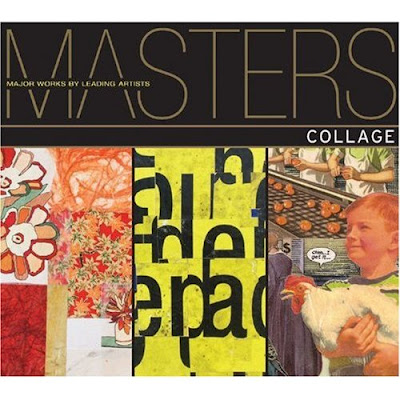 I think we all feel that Greenwood-Phinney has a plethora of talented artists right in our own backyard. But the proof is in the pudding. Marty Gordon, who is a renowned collage artist and lives in our neighborhood was recently published in a book called "Masters: Collage".

The book showcases 40 of the leading collage artists working today and Marty is one of them. Each artist has an 8 page profile including text and images of some of their work. Marty Gordon's work is one of my images on the cover. The book is available now through Amazon (http://www.amazon.com/Masters-Collage-Major-Leading-Artists/dp/1600591086) or Barnes and Noble (http://search.barnesandnoble.com/Masters/Lark-Books/e/9781600591082).

His work was also recently featured on the cover of The Stranger: http://www.thestranger.com/seattle/CoverArt?oid=3660394&year=2010

To see more of his work and where he is currently showing, please visit his blog at: http://www.whatwouldjesusglue.com/

Posted by Art Up Greenwood-Phinney at 12:00 PM Photo by Lora Shinn
Tasty, owned by Sheri Hauser, is new to the Greenwood/Phinney neighborhood.

Just six months ago, an arsonist plagued Seattle's Greenwood neighborhood in a string of fires which completely destroyed several businesses.

Today, like the phoenix painted on a new North 85th Street mural, Greenwood-Phinney is rising from the ashes. New businesses have opened all along Greenwood Avenue North, including Tasty, Assemble Gallery & Studio, Art on the Ridge (opening May 14), The Chocolate ShoeBox, Couth Buzzard Books (which relocated from its former location several blocks south, next to Ken's Market), Sasquatch Studios, Hazel Salon & Organics, Body + Brain Holistic Wellness Center and 8 Limbs Yoga Center -- just to name a few.

Read the rest of the article.
Posted by Art Up Greenwood-Phinney at 5:12 PM 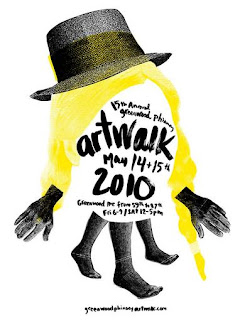 Over 60 venues hosting art on Friday, May 14th from 6-9pm and Saturday, May 15th from noon - 5pm, up and down the Greenwood-Phinney neighborhood!

We hope to see everyone out and about enjoying the art and neighborhood.
Posted by Art Up Greenwood-Phinney at 7:44 PM