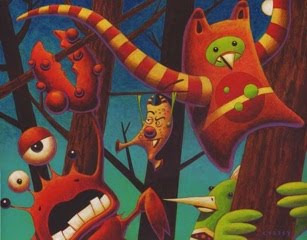 Having just opened March 12th, Tasty is Phinney/Greenwood’s latest art gallery that celebrates independent designers and painters from around the Northwest. You will find unique products, made by hand that range from jewelry, stained glass, hats and purses to paintings, sculptures (both ceramic & metal) and mosaics. 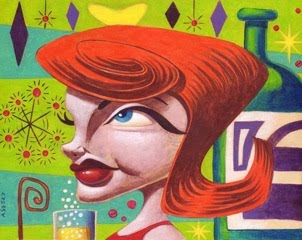 About the Artist:
After many years of creating art for Advertising Agencies, Design Studios, Magazines and Books, Mike started working for Game companies like Electronic Arts, Sierra On-Line, Pop Cap, Microsoft Game Studios, Xbox Prime Time, and others. In his spare time he’s created many Pop Art paintings, Abstract digital paintings and for the last two years worked on a graphic novel that should be finished by the end of this year. In that same time frame he’s published two Art Books on his own: Monito Hermoso V1 of paintings and The Book of Doodles. A collection of his Abstracts will be published next.

You can find many of his Children’s Picture Books online at Amazon.com and other sellers along with his current Art Books. 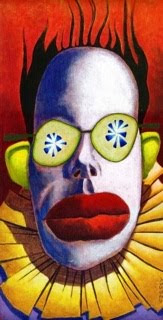 Or visit their facebook page
Posted by Art Up Greenwood-Phinney at 9:04 PM

"Awake to a New Aurora" Mural Unveiled on Tuesday

The mural unveiling was on Tuesday, March 23rd and if you missed it, don't worry, it is installed in the windows of a space (7615 Aurora Avenue) located next to DaVinci Pizza on Aurora and you can drive/walk by and check it out. 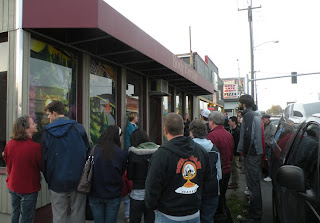 If you're not familiar with the project, here is a little background:

Sustainable Green Lake, Greenwood Aurora Involved Neighbors (GAIN) and the City of Seattle envision Aurora as a street full of thriving businesses and shoppers – one with a vibrant business center that attracts local residents to walk and bike to stores and restaurants for their weekly shopping and entertainment. To encourage this, a temporary installation of artwork is being placed in the windows of an empty storefront. Sustainable Green Lake received funding to do this mural from a grant through the City of Seattle Department of Neighborhoods. GAIN provided some additional funding. The project is modeled after a similar and successful one done in the Columbia City neighborhood in the 1990s. 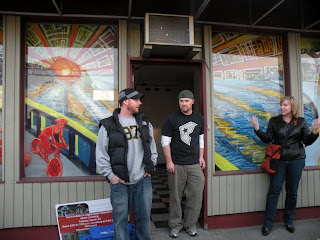 The artists commissioned for the project were Zach Bohnenkamp, John Osgood and Kevin Sullivan from Seattle Mural art, a local muralist team whose most recent work was installed next to Taproot Theatre after the arsons. Seattle Mural Art is an affiliate of Bherd Studios, an urban contemporary art gallery that features PNW artists and is located in Greenwood. 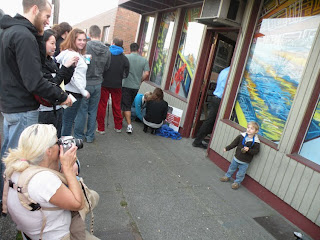 After the unveiling, friends and neighbors stayed around for pizza, refreshments and to take some photos of the new mural. 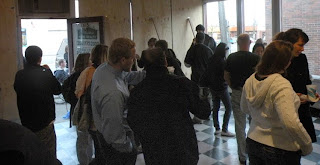 A second location on Aurora is currently being sought for Part II of this project.


Sustainable Green Lake is a group of like-minded individuals living in and around Seattle's Green Lake neighborhood who all share the common desire to constantly live more sustainably.

Greenwood Aurora Involved Neighbors (GAIN) is a group of neighbors working to enhance community and decrease crime in the Aurora corridor.

Posted by Art Up Greenwood-Phinney at 2:12 PM 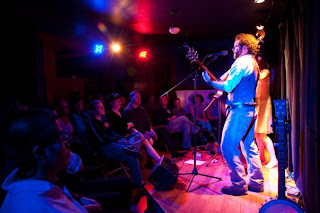 Empty Sea Studios is a little hidden gem in our neighborhood that I just discovered. It is right there in plain sight, but it's still easy to miss and not know what it's all about. The studio is located in a renovated Craftsman house on Phinney Ave and they present acoustic music "as it's meant to be heard". There is limited seating and the audience gets a feel that they are getting their own private concert. Empty Sea Studios books concerts in traditional music from all parts of the world, acoustic forms of jazz, folk, and blues, string band music, and non-Western classical music. It's an alcohol-free, family-friendly setting.

Sunday, March 21st at 11am ($9.99 / infants that are not yet walking are free)
Dance Tunes, Birdsong, and a Krummhorn with Charles Coldwell
Some kinds of music are inherently age-inclusive. KidsAcoustic presents real music that parents can enjoy for its own sake, while the lively tunes and wonderful instruments draw kids in naturally.

Saturday, March 27th at 8pm ($13 advanced / $15 at door)
Jeremy Facknitz - “Jeremy Facknitz is a one-man acoustic act with the panache needed to become a star, armed with a melodic voice and a truckload of charisma…” - Sydney Hamilton, Colorado Springs Independent

Teresa Storch - She’ll draw you in with her rich, engaging voice, rhythmic, percussive guitar and writing that has roots in folk, jazz and blues–pulling stories from real-life and taking snapshots of what matters most. 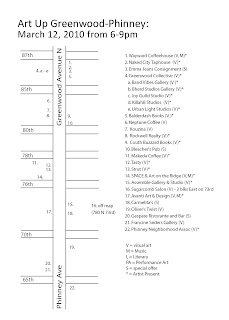 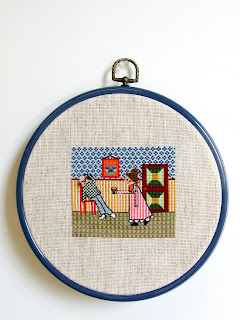 Assemble Gallery & Studio: 7406 Greenwood Ave N
“Welcome Home” modern cross-stitch by Samantha Purdy of the Pin Pals. A glimpse inside the creative and cozy spaces we build around us! Each piece is designed and hand-stitched with the home in mind, along with the individuals who live there. From modern day samplers expressing the love of a dwelling, to small stitched stories representing the quiet and not so quiet everyday activities, this series above all else celebrates the indescribable feeling of creating a surrounding which you can truly call your own. Most pieces are modern cross-stitch. Artist present. 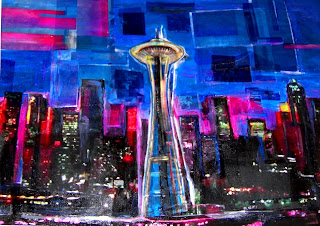 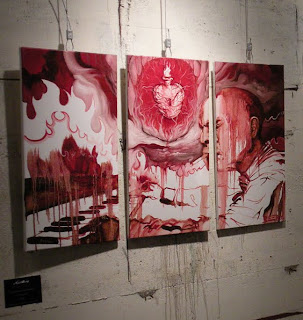 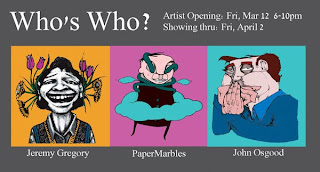 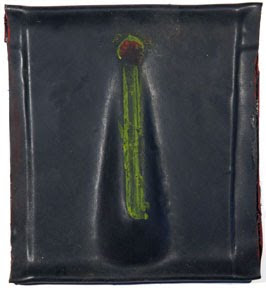 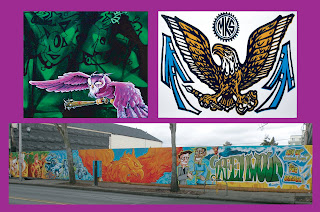 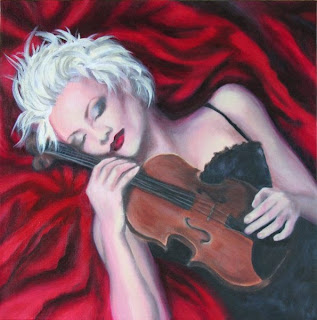